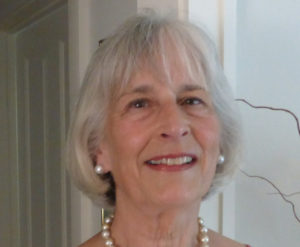 Magna and her husband David moved back to Middlebury in 2011. She is a graduate of Middlebury College and Harvard Business School. For over 30 years Magna was involved in the financial services industry in New York City and Hong Kong. In addition to the THT Board, she serves on the Executive Committee of Maple Broadband and is active in the town of Cornwall, serving on the Capital Committee and Trustee of Public Funds. 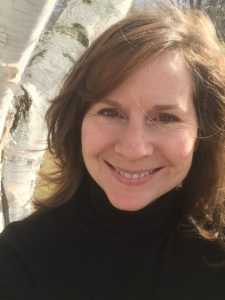 Sarah moved to Vermont with her husband and children in 2006, leaving behind a few decades in various east coast cities. Sarah got her undergraduate degree in Spanish from the University of Colorado at Boulder, and her MBA at Babson. Sarah’s background includes marketing and business development, with a focus on Latin America, for consumer product companies such as Converse Inc. She later got the entrepreneurial bug and worked for a series of start-up companies for about 10 years. Since moving to Vermont she has been working with the Vermont Small Business Development Center. She has a love and appreciation for the Arts and wanted to find a way to serve Middlebury, and Town Hall Theatre seemed like the perfect place to do just that. She has one child who spent many happy years in various Town Hall Theatre youth programs (and about to continue to study theatre in college).  Sarah lives in Middlebury with her husband David. 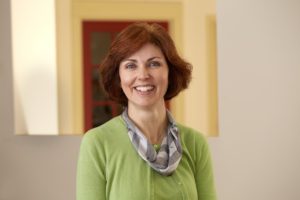 Originally from the metro-Boston area, Jane and her husband, Matthew, and two children moved to Middlebury in 2004 after living abroad in Wales. Trained as an electrical engineer at the University of Vermont and Worcester Polytechnic Institute, Jane worked in telecommunications for many years. She earned an MBA and has worked on data projects for the University of Wales in Bangor and Middlebury College. Currently, Jane supports donor services for the Vermont Community Foundation. As an outdoor enthusiast in all seasons, living in Vermont has been “a dream come true”. She enjoys serving with others to encourage our community to be the best place it can be. Jane remains grateful for the incredible enriching opportunities that Middlebury’s Town Hall Theater offers. 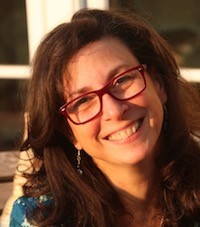 Annie Magri is a native of New York city, who after having lived with her husband, Frank Van Gansbeke, in Brussels, Belgium and then Paris, France, returned to the US and landed back in NY. After vacationing many years in the area, they decided to settle permanently in Vermont and moved to Middlebury in the Fall of 2015 and have jumped in with both feet in the community life here. Annie has a liberal arts degree from Adelphi University on Long Island in Business and American Literature and is a CPA with the state of New Hampshire. She was a corporate tax accountant and consultant at PwC for large insurance companies in New York for over 20 years. She is now a Professor of the Practice at Middlebury College, teaching foundations of accounting and personal finance. Annie recognizes the importance of the arts in the community and enjoys being a part of that at THT. 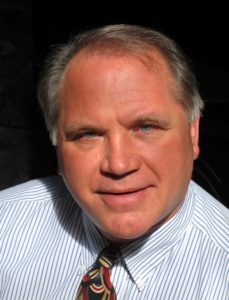 Bruce Baker grew up in Ohio where he attended Bowling Green State University, graduating with an MA in Jewelry and Enameling. He moved to Middlebury just after college where he taught Jr. High School at MUHS for 3 years. He is a jeweler by trade, and owned Middlebury Jewelry and Design for 17 years. His jewelry line can often be seen at shows in the Jackson Gallery or at Sweet Cecily on Main St. in Middlebury. When not making jewelry, Bruce works as a retail sales and merchandising consultant across the country and abroad. Main Street organizations and small business development centers are his primary clients. He lives with his wife Nancie Dunn in Middlebury. 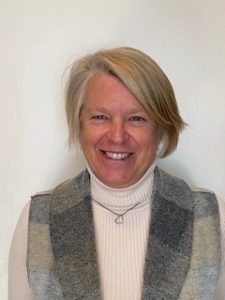 After graduating from Middlebury College in 1986, Wendy has spent her entire adult life focused on the hospitality business in Vermont.   She founded her real estate company, the Hearthside Group, in 1997 and has brokered the sale of hospitality business properties throughout Vermont for over twenty-five years.  Her family is proud to be multi-generational owner/operators of Basin Harbor for 135 years and counting.  Wendy has served over the years on several local boards and to date has volunteered her time to organizations that focus on children, the elderly, and those less fortunate.  She has raised two wonderful children together with her husband, Bob, and they live at Basin Harbor.  Travel is a passion as is physical activity of all kinds outdoors in this beautiful State. 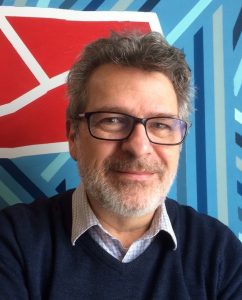 Pieter is a native of Belgium but has lived most of his adult life in the US, in Minneapolis, New Haven, New York and, since, 1995, in Middlebury. Trained as an architect, archaeologist, and art historian, he is currently a professor of history of art and architecture at Middlebury College. He serves as the Associate Dean for the Arts. His firm belief in the central place of art in education extends into the notion that the arts are important for our communities, be they local, regional, national, or global. It is these ideas that guide his involvement with the Town Hall Theater as a major cultural asset for Middlebury and beyond. Can you remember a time before Town Hall Theater or imagine it does not exist? He cannot!  Pieter is married to Ilaria Brancoli Busdraghi and the father of Simon and Tobias. 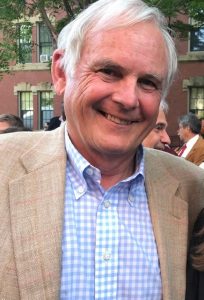 Churchill Franklin co-founded Acadian Asset Management LLC in 1986. Acadian is a $120 billion in assets under management quantitative institutional asset management firm with offices in Boston, London, Sydney, Singapore and Tokyo. He assumed the role of Chief Executive Officer on January 1, 2013.  In December 2017, he became Chairman, stepped down as Chairman in March 2020 and retired.  A graduate of Middlebury College, Churchill is an Emeritus Trustee of Middlebury having joined the Board of Trustees in 1989. He served an active board member from 1989 until 2004 as a Charter Trustee, and Chair of the Board from 2000 until 2004. He is now an Emeritus Trustee for life.  He was and is still a member of the investment committee for the College’s $1 billion endowment. In May 2008, he received an Honorary Doctor of Humane Letters degree from Middlebury College. Churchill also sits on the board of the Boston Advisory Board of the Posse Foundation, sits on the Board for the Whitehead Institute and serves on the investment committee for the Whitehead Institute’s $600 million endowment. In June 2018, he stepped down as the volunteer President of the Board of the Concord Museum in Concord, Massachusetts, having served in that role for 6 years.

Andrea moved to Vermont with her husband Richard Marshak in 2016. She has a VMD from the University of Pennsylvania School of Veterinary Medicine and practiced for 6 years as a companion animal veterinarian in the Pittsburgh suburbs. Seeking a new challenge, she attended Wharton and upon receiving an MBA moved to the Chicago area to pursue a 20-year business career with Abbott, a diversified health care company. One of the reasons Andrea and Richard settled in Addison County was the presence of varied, high quality cultural offerings close to home with Town Hall Theater as a cornerstone organization for the arts. Now retired, Andrea is enjoying giving her energy and skills to the non-profit sector. 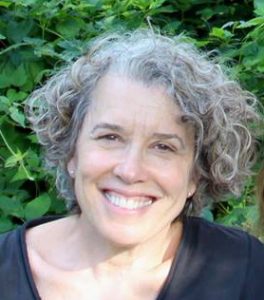 Melissa Lourie received her M.F.A. in Acting from the American Conservatory Theater in San Franciso. She was an equity actress for many years before co-founding the Hudson Valley Shakespeare Festival in 1987 with friend and colleague Terry O’Brien. Lourie served as Producing Director of that company until moving to Vermont in 1993. Melissa is the founder and Artistic Director of Middlebury Acting Company, formerly Middlebury Actors Workshop. She has directed dozens of plays for MACo, most recently Much Ado About Nothing, The Christians, and The Turn of the Screw. Lourie has acted at MACo, as well as Northern Stage, Vermont Stage Company, and in several independent films. She was an adjunct instructor of acting and theater at the University of Vermont for over 20 years and currently teaches acting at St. Michael’s College. Melissa has also been a teaching artist with Courageous Stage. 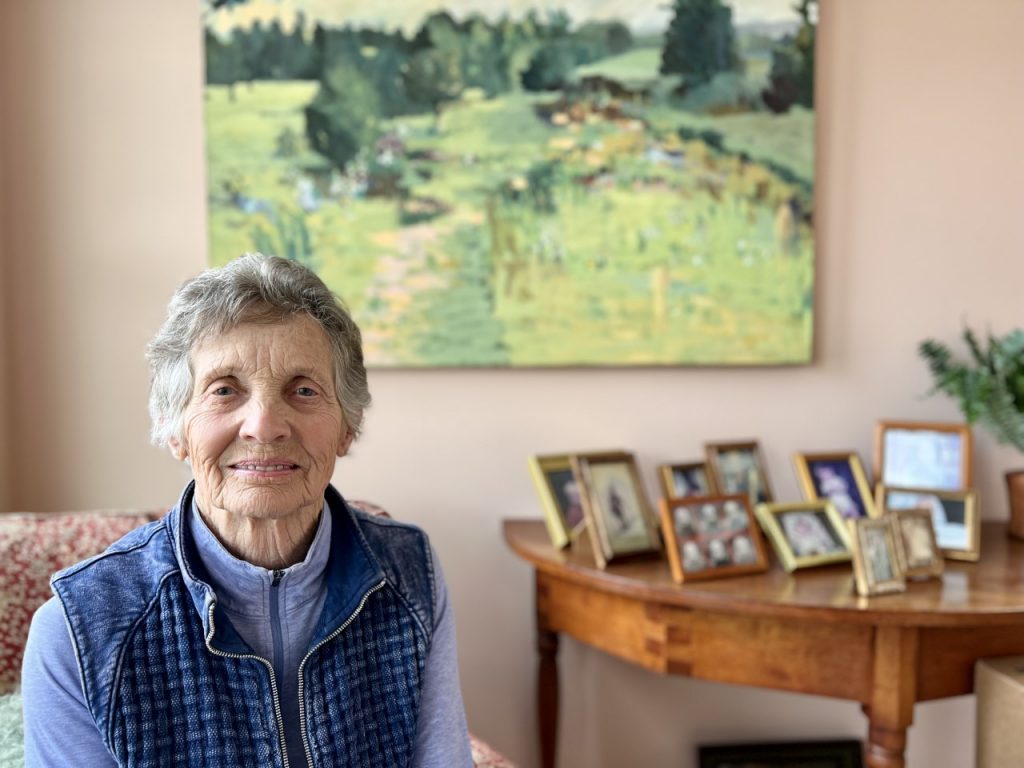 Linda Punderson has been a Vermont resident since 1965 with a focus on raising a family. Gainfully employed at times as innkeeper, retail store owner, and town clerk.
Volunteer opportunities include school boards, public (Pittsford) and private (Stratton Mountain School) and non-profit organizations (including Vermont Achievement Center in Rutland). Now retired but still volunteering locally with Town Hall Theater, Everybody Wins, Community Supper, and HOPE.
Back