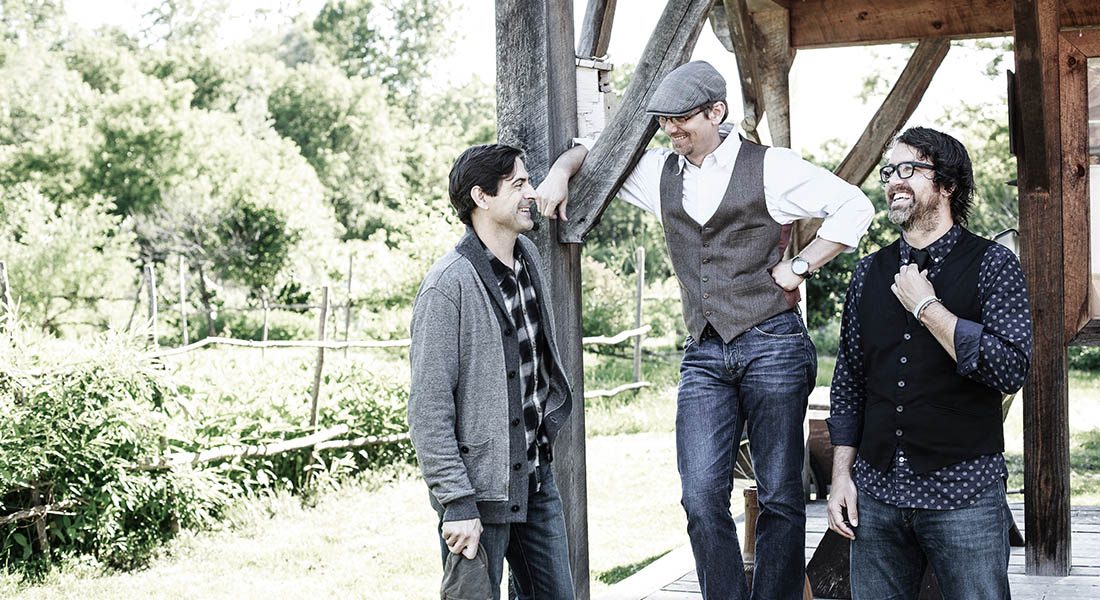 THE SWEET REMAINS (tSR) is the unusual band on today’s music scene to be headed by 3 gifted singer-songwriters, each of whom contribute to the writing and 3-part harmonies that define the band’s sound. They are also the very rare independent band to claim over 30 MILLION Spotify plays world-wide (and counting).

Driven by strong lyrical and melodic writing, their songs easily appeal to fans of modern folk-rockers like Jason Mraz, Ray Lamontagne, and John Mayer. However, it is their lush harmonies, that distinguish tSR from the throngs of guitar-toting troubadours and harken back to super-groups of the 60’s and 70’s like CSN, the Eagles, Simon & Garfunkel. 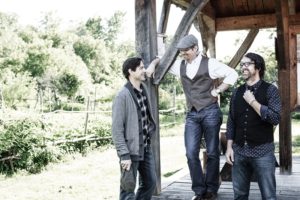 2018 adds a feature film to the band’s unique accomplishments. The Independents, a musical comedy-drama created by and starring the band premiered Feb. 3rd at the distinguished Santa Barbara International Film Festival to the plaudits of festival-goers and The Hollywood Reporter, which praised the film as “Extremely engaging… Unconventional and sharply written… Deserves to find an audience beyond the festival circuit.”

TSR is Rich Price (Burlington, VT), Greg Naughton (NYC) and Brian Chartrand (Phoenix, AZ). Rich and Greg first collaborated on Rich’s 2004 Geffen Records debut — a CD that spawned his single “I’m on my way”, featured on the multi-platinum Shrek 2 soundtrack. Hailed by Performing Songwriter Magazine as “a magnetic writer and performer,” Greg has played his music all across this country in venues ranging from New Orleans grittiest, to the east room of the White House. Brian’s journeys as an internationally touring singer-songwriter and multi-instrumentalist have taken him from South Hadley, MA where he grew up to Phoenix, AZ where he splits his time as a solo-artist and front-man of ‘The Project’ and ‘Live from Laurel Canyon.’

The band’s releases include the debut album Laurel & Sunset (2008), a live CD/DVD entitled Live at Canal Room (2012), second studio album North & Prospect (2013) and third studio album Night Songs (2015). Their music, streaming to 30 million plus listeners on Spotify, continues winning the praise of audiences and critics across the U.S. and Europe.

It's been a long time since three-part harmonies this lush were yoked to songs as melodically gorgeous as these.
The Boston Herald
Hushed, smooth folk-pop...a smooth take on Crosby, Stills & Nash and James Taylor.
Time Out NY
Play
Play
Play
Previous
Next