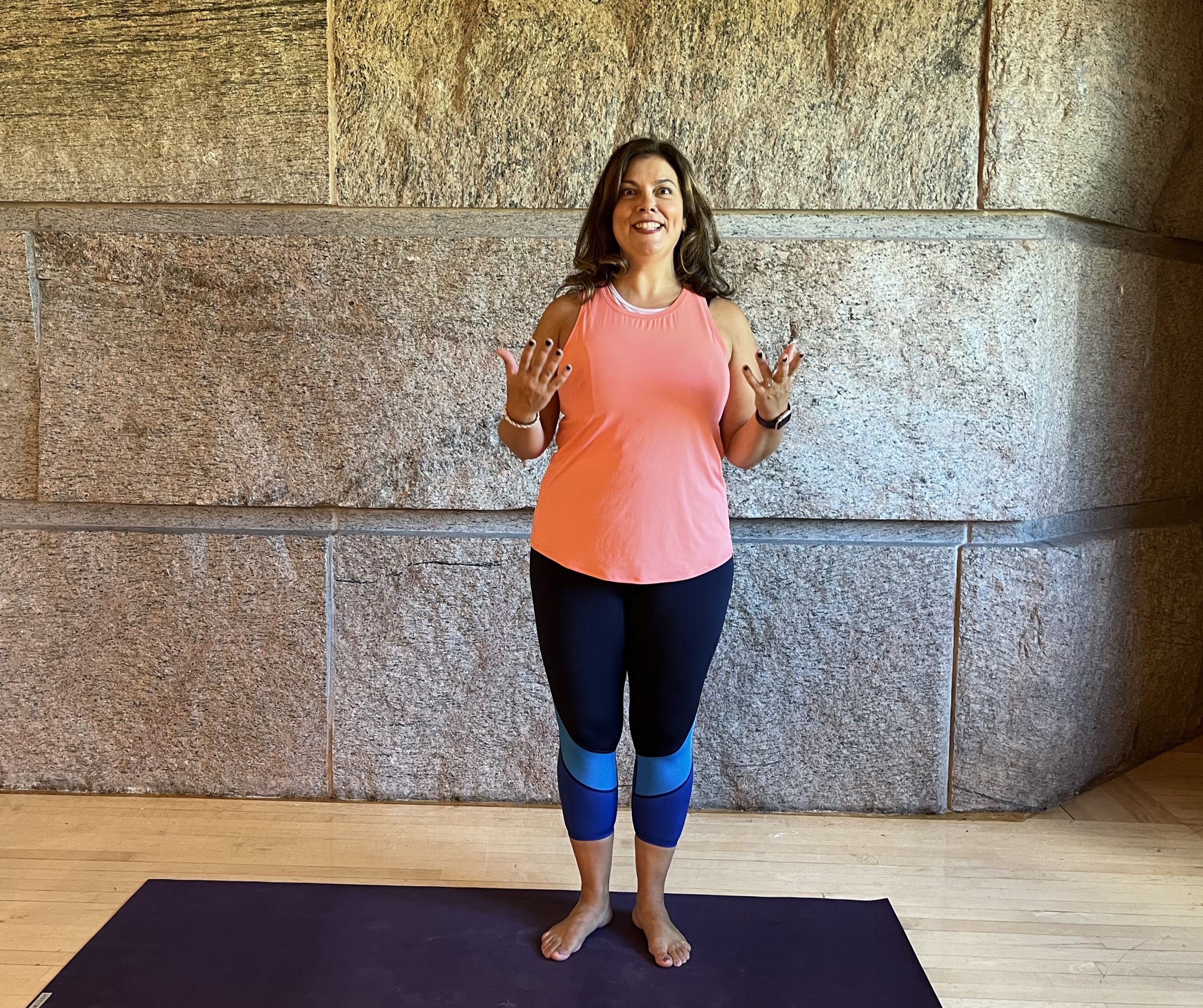 Thank you to The Vermont Arts Council for Sponsoring this program

Get ready for an immersive theatrical experience at THT

Yoga teacher Jillian plans to take the audience through an amazing, incredible, fantastic, one hour yoga journey. But the past couple years have been tough, am I right? As Jillian tries to teach again in our changed world, the shiny, happy yoga teacher tries to keep the class, and herself, from completely imploding.
Audiences – We promise you’ve never seen a play like this before.
Yoga With Jillian played at Pittsburgh City Theatre as part of Momentum Festival 2022. The show will tour with upcoming dates in New York City in June 2023.

Lia Romeo is a playwriting fellow at the Juilliard School. Her play The Forest was developed at the O’Neill Playwrights Conference, and was scheduled for a NNPN rolling world premiere last season (cancelled due to the coronavirus). Her play Sitting and Talking, starring Dan Lauria and Wendie Malick, was produced online by companies around the country during the pandemic. Other plays have been produced off-Broadway at 59E59 and regionally around the country. Four of her plays have been recognized by the Kilroys List. She was the winner of City Theatre’s National Short Playwriting Award, and has been a nominee or a finalist for the Heideman Award, the L. Arnold Weissberger Award, the Susan Smith Blackburn Prize, the Kesselring Prize, and the Steinberg Award. Her plays are published by Broadway Play Publishing, Playscripts, Dramatists Play Service, and Smith & Kraus. She is the associate artistic director with Project Y Theatre Company, and she teaches playwriting at Primary Stages/ESPA and in the M.A. program in creative writing at Fairleigh Dickinson University. She earned her B.A. from Princeton and her M.F.A. in playwriting from Rutgers/MGSA. 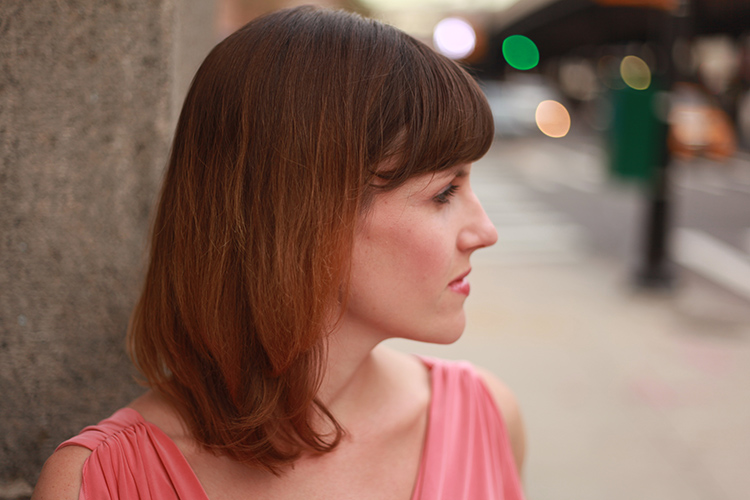 Michole Biancosino (Jillian) is thrilled to be part of Town Hall Theater’s season and to perform in her hometown of Middlebury, before Yoga With Jillian heads to New York City and overseas in the summer. With Andrew W. Smith, she’s the Co-Founding Artistic Director of Project Y Theatre, a company that has launched world premieres in NYC, regionally, and internationally. She co-produces NYC’s Women in Theatre Festival, now heading into its 8th year.  During COVID, she co-created a hybrid streaming theatre: Tiny Barn Theatre. Recent collaborations include “Same But Different” with Lida Winfield and Christal Brown, “Waves of Gravity” with Neel Murgai and Seema Pandya at CultureHub/LaMaMa. If you take the train from Middlebury to NYC any weekend through September, you can catch the underground hit musical comedy, “David and Katie Get Re-Married” which she directs, currently playing at Chashama in Chelsea.  MFA in Directing: Rutgers University, Mason Gross School of the Arts, where she received the Marilyn F. Someville Award for the Arts.  Recipient of the SDCF Sir John Gielgud Award in Classical Directing. She is an Assistant Professor of Theatre at Middlebury College. 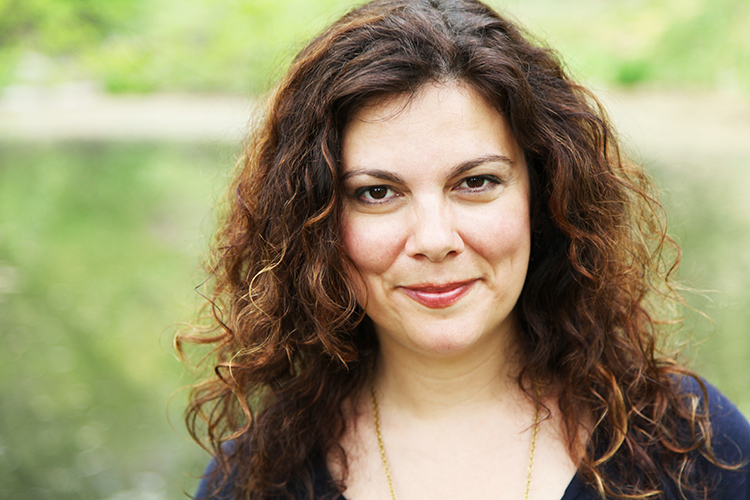 Andrew W. Smith (Director) is a professional Actor, Director, and Producer whose work has been seen throughout New York City, regionally, and internationally.  He is also a Co-Founding Artistic Director of award-winning Project Y Theatre Company in New York City.
With Project Y, he has received grants funding for work from New York State Council on the Arts, New York Department Cultural Affairs, Alliance of Resident Theatres/New York, Brooklyn Arts Council, and The Puffin Foundation.

Andrew is currently an Associate Professor of Acting at the Carnegie Mellon School of Drama.  He is also graduate of the MFA Acting program at the University of California, San Diego, from which he received the Teaching Excellence Award upon graduation. 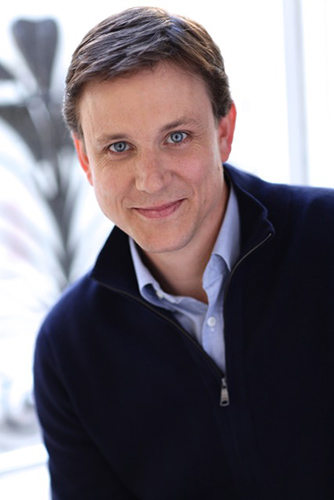 Thank you to The Vermont Arts Council for sponsoring this program.